Let’s talk about poop. You may think its weird that a chiropractor talks bowel movements, but it actually comes up often in my office. In particular, I have two stories I’d like to share with you. One is about a 3 month old baby and the other is about a man in his fifties. Both stories involve poop so follow along with me.

Earlier this month a mother brought in her 3 month old baby because the baby was having a lot of gas and was only having a bowel movement once every five days. After some questioning I learned this mother was already doing an AWESOME job. The baby was still nursing, the mom had been doing belly massages for the baby, the mom even changed her diet to see if it would help the baby and still no changes. I examined the baby and found some areas of the spine that did not have the movement they should. I did some very light, specific adjustments and sent them on their way. The next week when they returned the mom informed me the baby had 3 bowel movements in one week! That is a huge improvement! No on should only be pooping once every five days, especially a 3 month old baby. I am continuing to work with this wonderful family to get the baby fully back to 100%.

A man I’ve been adjusting for many years who is in overall good health came in complaining of not having a bowel movement in 4 days along with some mild low back pain which was a new complaint for him. After I examined him I found subluxations in his middle to lower spine. I adjusted those areas which do send nerves to the stomach. We had a great adjustment which resulted in a lot of spinal movement. That movement took pressure off the nerves allowing his stomach and digestive organs to work normally.

Later in the day he emailed to say 20 minutes after he left he was on the toilet pooping!

I am not telling you these stories to make myself sound like a hero. The truth is far from that. I’m just the guide in these stories. The two individuals healed themselves once we removed the interference to their bodies. The human body is designed to work perfectly and in a healthy way. When there is interference to these systems in the form of subluxations (spinal mis-alignments) the body does not work as it is designed.

If you need help pooping you should get checked by a chiropractor and see if your prob;em may be spinal in nature. If you are in Chicago or Lincolnwood give me a call at 773.545.9379

Being a chiropractor is AWESOME! I get to see so much cool stuff in my office everyday that I wish I could have a video crew follow me around all day so everyone can get to see what I see everyday.

The other day a patient said to me, “I can’t slouch anymore even if I wanted to!” This is music to my ears and I thought, what a great topic for my next blog: Chicago Chiropractor talks posture. END_OF_DOCUMENT_TOKEN_TO_BE_REPLACED

Here is a quick Success Story that is too good not to share. Everyday in my practice here in Chicago I get to witness stories like this…and it never gets old! END_OF_DOCUMENT_TOKEN_TO_BE_REPLACED

I love success stories and this one is just too good to not share! Three months ago a 22 year old man came to our office with all types of symptoms. He was experiencing digestive issues, lack of appetite, difficulty concentrating, neck pain and shoulder pain. END_OF_DOCUMENT_TOKEN_TO_BE_REPLACED

Recently I had a new patient come into the office with occular migraines. An occular migraine can effect your vision in a serious way before they may turn into a full blown migraine. This particular patient would see flashing lights and lines in his vision that were very disruptive to his everyday life. He had seen every specialist imaginable looking for relief. After 2 years of searching for relief, END_OF_DOCUMENT_TOKEN_TO_BE_REPLACED

Restoring Your Posture With Chiropractic

I’d like to share a success story with you that occurred with one of our patients here in the office. It is very often that I am asked if “Restoring your posture with chiropractic is possible or not?” This particular case will demonstrate that not only does chiropractic restore your posture, it can change your life! END_OF_DOCUMENT_TOKEN_TO_BE_REPLACED 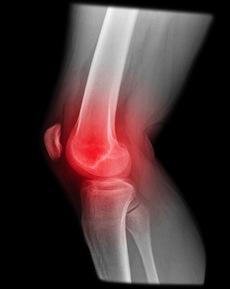 I love sharing success stories, here is one about a knee. A practice member who I’ve known for a while came in one day and was very stressed and concerned. After we got to talking she told me her knee was really bothering her and it was preventing her from working out. Working out is her life, she is in amazing shape and trains at least 4-5 days a week with intensity. She said she was at her wits end with her knee and was getting ready to see an orthopedic surgeon. I took a look at her knee and was able to diagnose what was going on. END_OF_DOCUMENT_TOKEN_TO_BE_REPLACED

Matt went to the ER twice in one day because he was in so much pain and unable to function. The doctor’s told him he needed surgery and gave him heavy duty pain killers.  Luckily, Matt felt like he should have other options besides surgery. Matt was referred to our office by one of his friends who had great results with Chiropractic care.

Fast forward to 3 months later: Through a series of adjustments and exercises Matt is pain free and back to his normal regimen of exercising and calisthenics. Healing is a process, and Matt did a great job with all of the “homework” we gave him to do in between our visits.

Healing is more than just physical…It’s emotional as well. Even when Matt was feeling better, the confidence in his back was still lacking. We helped him to rebuild that as well during the healing process and now he his back to living his life 100%. To truly heal it needs to happen on both a physical and mental/emotional level.

There are some cases were surgery may be necessary. I am not anti-surgery. It is imperative to seek a second opinion and try non-invasive methods of healing before surgery becomes an option. Chiropractic is drug and surgery free. Our methods are safe, effective and gentle.

Have you avoided surgery because of chiropractic? If so, share your story with us below.

Rich fell off of a ladder twice and was experiencing terrible pain and numbness in his arms. Not only could he not work, but he was barely even able to walk because he was in so much pain. END_OF_DOCUMENT_TOKEN_TO_BE_REPLACED

I had a patient come to see me for his lower back pain, but during his consultation it came to my attention that he was also suffering from vertigo for the past 3 years. He was not as concerned with his vertigo as he was his lower back pain because he thought there was nothing that could be done to correct it. He knew chiropractors fix back pain, but didn’t think vertigo was a “chiropractic issue” He had already been evaluated by the “specialists” and was given no answers.

One of my early mentors in Chiropractic taught me to always offer your patients hope. I know I have had many patients with vertigo get better, so I asked him if he would mind if I worked on improving his vertigo too? “Sure doc, just help me to feel better” was his response. After a careful examination I discovered not only did he have subluxations (vertebrae out of alignment) in his lower back, but he had a subluxation in his neck too. We got him set up on a treatment plan and after two weeks of adjustments, voila!! No more lower back pain or vertigo! He was amazed! For the first in many years he was able to check his blind spots while driving without getting dizzy!

Any time there is a mis-alignment or restriction in the spine it causes stress to the body. In this particular case, the subluxation in the cervical spine was causing vertigo. After specific spinal adjustments were applied, the vertigo disappeared. The best part of this story is that this patient has been vertigo free for over one year now! That is the power of chiropractic and a healthy spine and nervous system.